While I was in Australia for Christmas 2019/20 I worked out of one of the studios in my old architecture/art school at the University of Western Australia (UWA). I was keen to build upon the recent site-specific work I have been developing in my own studio in Croydon, specifically around the making of a model which “reconstructs” the space of the studio, and which, along with my actions as model-maker and film-maker, is then filmed within that space.

I set up a camera at the back of the room and recorded my activities for the entire duration of my residency in the studio. I periodically increased the zoom of the camera, a reference to Snow’s Wavelength. As with Wavelength, the camera’s zoom lens did not allow for a tight enough final view, so I needed to move the camera for the final recording. The final stage of the zoom took the view out of the room, through the window in which the model had been placed. 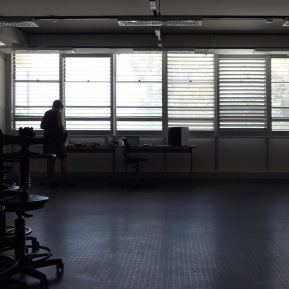 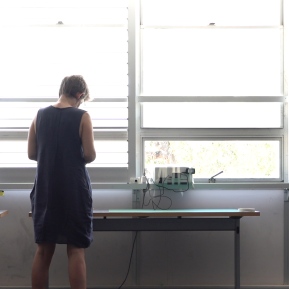 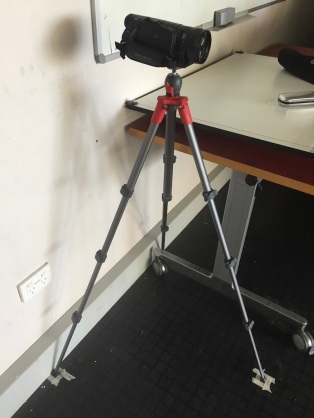 Over several days I made a rough model of the room using mostly “found” material. 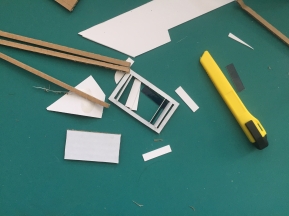 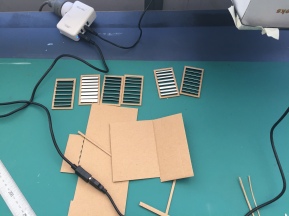 I used the action cameras to record footage of the model production. 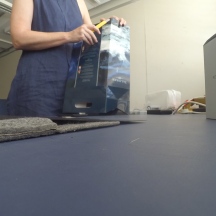 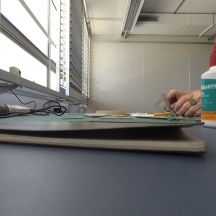 I positioned the model in one of the windows, which need cleaning to afford the model room a view to the exterior world beyond, and so combine “real world” imagery with the model space.

This early version of the model, before the windows were made and inserted tested the light and view. Some of the quality of this imagery is lost with the addition of the windows. 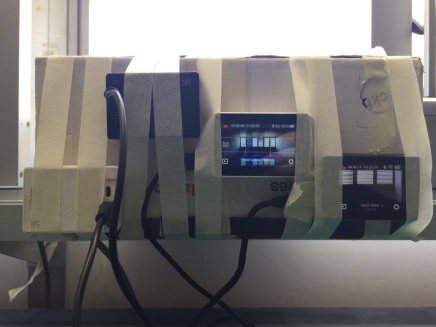 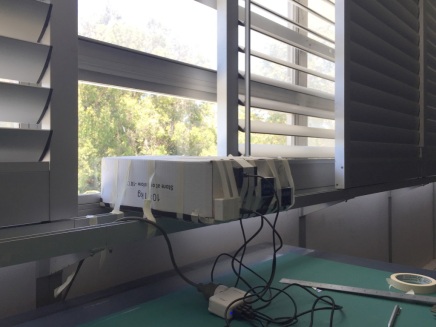 I then filmed the finished model with several cameras simultaneously, each in a different location with a different zoom lens. I varied the focal depth so that the different cameras would keep different aspects of the model in detail. In some instances, this served to heighten the constructed nature of the model space – the cardboard corrugations are particularly visible in the skirting board strip.

This edit explores the uncanny double of the space within a scaled model of a room, situated within that original room.

This material has been edited into a dual screen work, titled  which uses model footage on one screen, with the zoomed, real-space footage on the other.