Ruins of the Future was a series of installations produced for the 1996 Adelaide International Arts Festival. The artists and architects of these installations were selected through an international competition, along with invited participants including Ushida Findlay, Rodney Place, and Mark Robbins.

The scheme proposed by David Havercroft and myself won third place in the international competition. Our entry addressed Colonel Light’s complex four grid design for the City of Adelaide as a colonial act of imposing a western order on a foreign territory. We used the ghost of a facade of a manor house with its own implied estate to convey a transplantation of another order. Viewing devices, derived from Durer’s viewing frame, transplant the grid onto the site. Each of the four viewing frames contains a different skewed grid, reflecting the four grids of Adelaide, all deviating from a true north/south orientation. The grids in the frames project themselves outwards, onto the facade and grounds. Seen from outside the viewing frames, the grids fray further, crossing the space of the site with little apparent logic. The grid in the eye becomes a grid on the land. 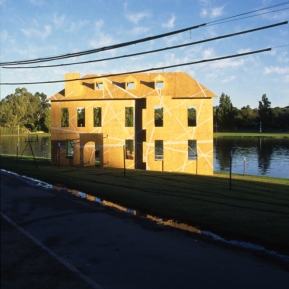 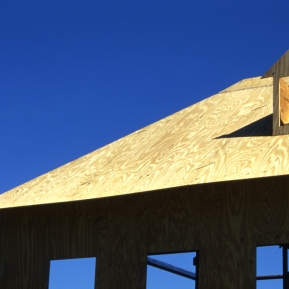 L. Schwendinger & M. Kramer “On The Edge Down Under” in Public Art ReviewSpring/Summer 1996 [available online]